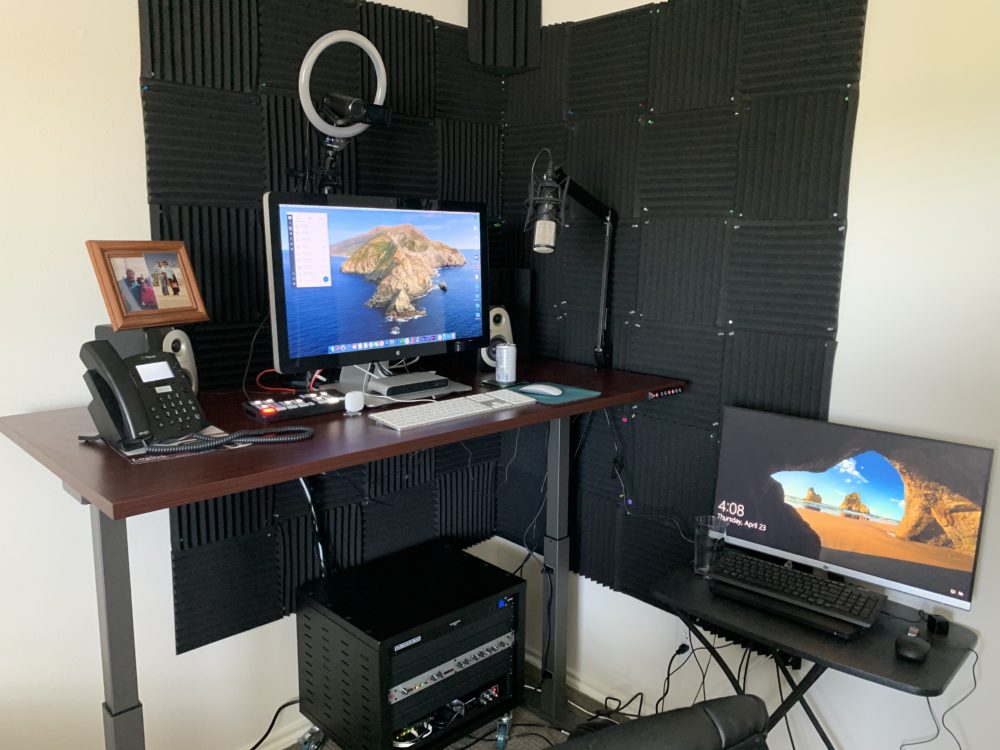 Let’s get a few things straight: Putting foam on the walls does NOT soundproof a room.

Soundproofing is difficult and rather expensive. Either you are building a heavily insulated booth in your room or you are tearing your house down to the studs and adding insulation and special windows if you want something that’s soundproofed.

What is more practical and accessible is acoustic treatments to deaden your room. If you can clap your hands and hear an echo, that’s a “live” room. The less echo, the more you have deadened the sound. Sound bounces off of hard surfaces and is absorbed by soft ones. Fabric is your friend!

tip: if you need to record something and you’re away from home, ask to borrow a walk-in closet. Close the door, and record. All that clothing will help you make an amazing recording.

Acoustic foam is usually cut either with triangular ridges or an eggcrate design. When the sound waves hit the foam, what isn’t absorbed will bounce, but since it’s angled, it’s going to either bounce into another part of the foam or at least bounce away from you. Either way it helps you get echo-free audio.

If you can, put foam panels on all sides of you, including above.

If that’s not practical, at least put foam on the wall ahead of where you are speaking. Every room is different, so try different combinations of placements before making any permanent installation.

You don’t need to cover the entire room in foam, although many people do. A few rows of foam on the walls ahead, to the side, behind, and above you is usually enough to knock echoes down.

In my room, since the space available to me is a corner, I arranged my workspace so I’m talking into the corner (which is usually not a good idea) but the foam contains my voice in the area and keeps it from bouncing back so it works. Again, every room has its own peculiarities, so experiment until you find the sound that you like. 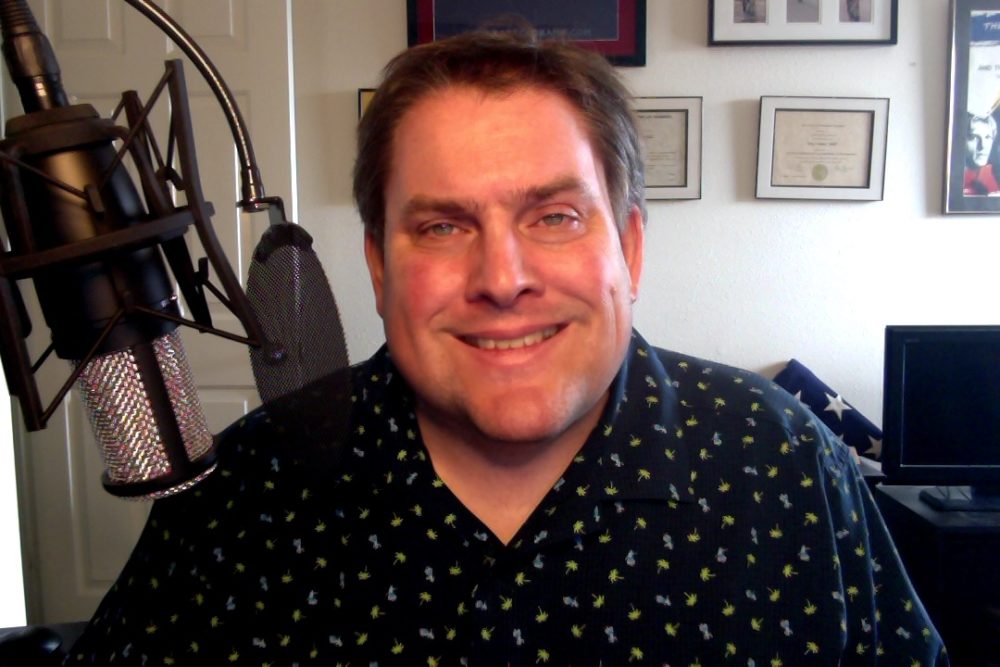 Back in the 90s when the internet meant dialup, I rented a room from a guy who worked at an Intel plant. He was trying to get an ISDN line put it for internet, and I was discussing it with the general manager of the radio station that I worked for.

He was always a man who could coin a phrase, and it’s been bouncing around in my head while constructing my home studio.

Towards the end of March 2020, as everything shut down for the COVID-19 pandemic, I found myself needing to create a space at home to get work done. I’ve been the technical support manager for an audio console company for close to 20 years, and last year I added sales duties for that company. I’ve also been on the radio in Houston a couple days a week for the past 17 years or so. Now, with the need to do both of these things from home for possibly an extended period, it was time to build the digital palace.

The guts of the home office were here, just in pieces. Two years ago, my wife and I founded LFD Agency, LLC for Laura’s Public Relations agency, LFD Communications. That meant we already had all of the home office infrastructure already in place – internet access and IP phones were not a problem.

When we got married, we had a home office upstairs with a couple of desks. As that room became her full-time workplace, I still had a desk there, but it wouldn’t be a great place to work. It’s really hard for two people to be on different phone/Skype/Zoom/Teams/Webex calls in a 10 x 10 room at the same time. So when I first moved my office home, I took up residence at the dining room table.

While that logistically worked because we weren’t interfering with each others’ work, it couldn’t be a permanent solution. The ceiling, walls, and window in the dining room created an echo chamber, and I needed to do a radio show. I tried using a foam baffle and blanket forts, but it it didn’t sound great. Plus at some point we’d want to have dinner in that room again.

So it was time for a change. We have a craft room that goes largely unused, with a bed that neither of us could remember anyone sleeping on while we have been married. The bed was going to come out, a new desk going in, and the Digital Palace was about to come to life.

I realize that what I have built here is complete overkill. But there is a method to my madness. My job is to help people buy and set up networked audio equipment. Why would I put a Mackie in the corner, especially when I know Audio over IP and having a bunch of AoIP gear at home would mean that I could test new products as we developed them. Let’s build.